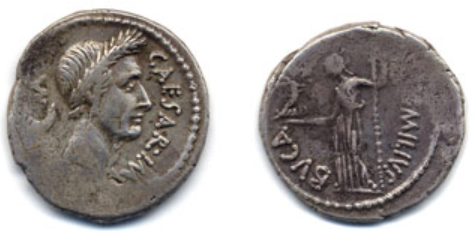 When Jesus lived on earth the nation of Israel was subject to the Imperial government of Rome. Some of the religious leaders, known as Pharisees, were fiercely loyal to Israel and hated being subjected to Roman rule and taxes. Others, called Herodians, supported the rule of the Herods who were appointed by Rome. Typically, the Pharisees and Herodians opposed one another because of their different loyalties, but both groups felt threatened by Jesus and came together in a collaboration to trap him in his words.

“Teacher,” they said, “we know that you are a man of integrity and that you teach the way of God in accordance with the truth. You aren’t swayed by others, because you pay no attention to who they are. Tell us then, what is your opinion? Is it right to pay the imperial tax to Caesar or not?” (Matthew 22:16-17)

They were convinced they had him trapped. If Jesus said “no” the Herodians would accuse him of treason. If Jesus answered “yes” the Pharisees denounce him as disloyal to Israel. They think their plan is foolproof. “But Jesus, knowing their evil intent, said, “You hypocrites, why are you trying to trap me? Show me the coin used for paying the tax.” They brought him a denarius, and he asked them, “Whose image is this? And whose inscription?”

In his magnificent answer Jesus establishes both the validity of human authority and the superiority of God’s authority. Caesar stamped his image on the coin and thus had some claim to it, but God has uniquely stamped his image on creation and on each person he creates and thus we should honor him as our maker with our bodies, our minds, our emotions, our talents, and our intellects.

Are you honoring God as the supreme authority in your life?